What is Restrictive Lung Disease? Its Symptoms, Types, Diagnosis, and Treatment with Home Remedies?

Restrictive lung disease is a problem in which lungs become unable to expand fully and they restrict the amount of oxygen taken in during inhalation. This also decreases the rate of exhalation process as compared to a normal person. The person with this disease often has a dry cough, producing some white sputum. It reduces the amount of air present in the lungs even after taking the deepest breath possible. As a result, the person’s breathing rate increases to meet the necessary oxygen demand. 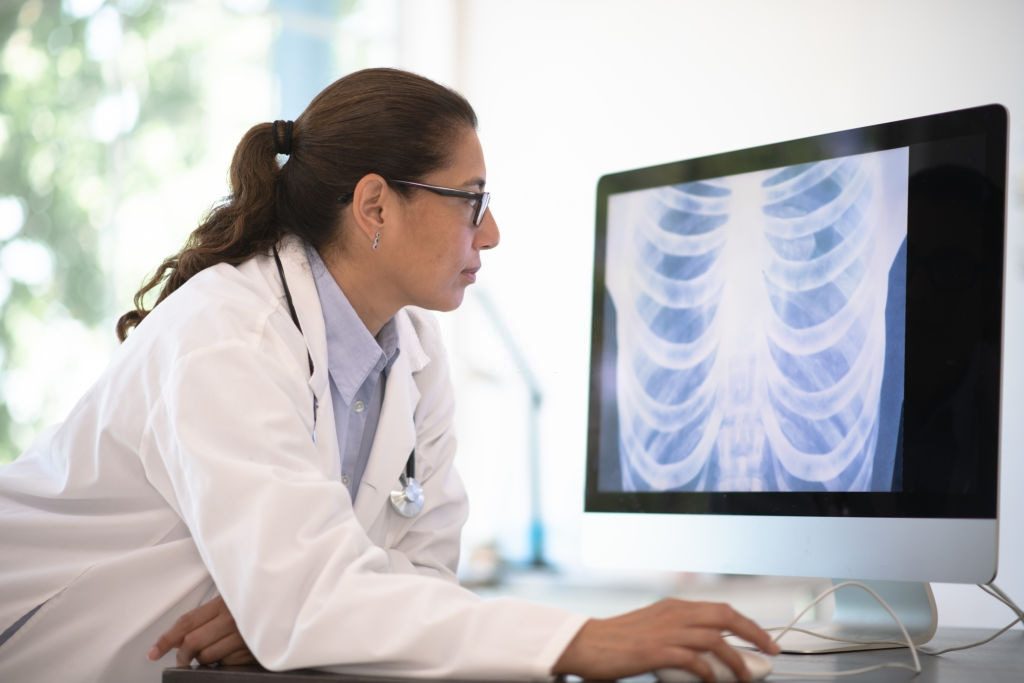 The symptoms of this disease include the following signs

This disease is categorized into two types based on the cause.

It causes internal abnormalities such as scars, inflammation, and stiffening of the lung tissues. This can further lead to diseases like tuberculosis, pneumonia, lung cancer, interstitial lung disease, fibrosis, and inflammatory bowel disease (IBD).

How to Diagnose Restrictive Lung Disease?

The most common test performed by the doctor is a pulmonary function test that tells about the total capacity of lungs which is normally low in restrictive lung disease. For complete diagnoses, other tests are also required like 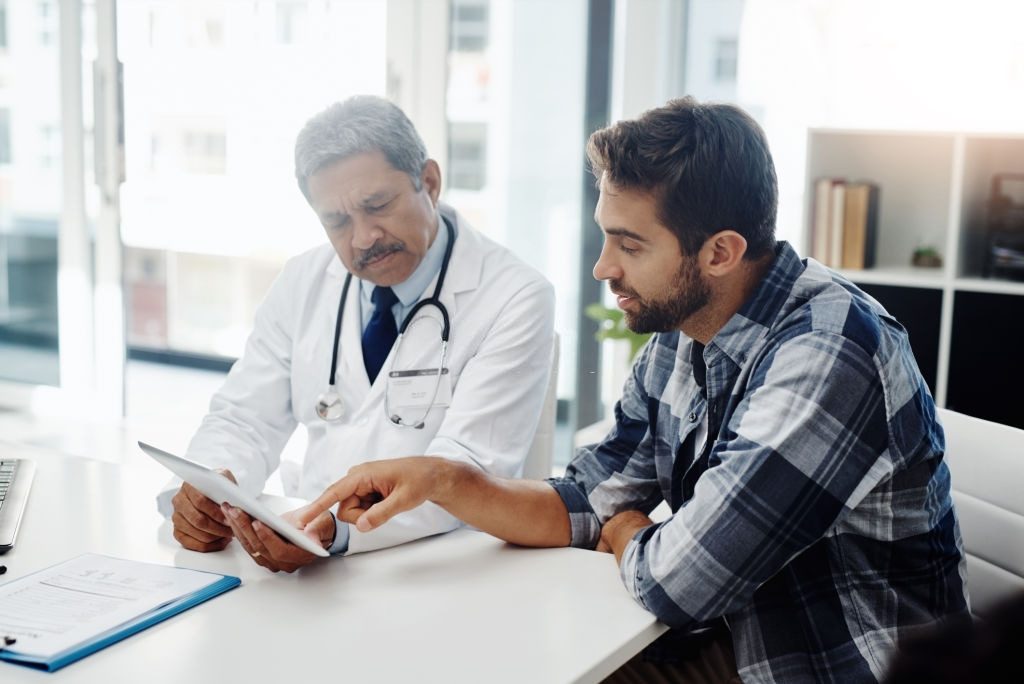 This test involves filling the lungs with maximum air possible by inhaling. The FVC test resulting in less than or equal to 80 percent value symbolize the presence of restrictive lung disease.

This test measures the total amount of air exhaled by the patient during the first second of the FVC test. In the starting period of exhalation, 75% of the air is expelled by most of the people. The FEV1 is proportionally lower in a person suffering from restrictive lung disease.

In this test, the amount of air expelled during the first second of exhalation is compared with the total amount of air exhaled during an FVC test. This ratio is often normal, and rarely high in people with restrictive lung disease.

In this test, images of the entire chest and lung area are taken for better evaluation of the problem.

This test provides more detailed images of the chest and lung area in comparison to the ones taken with the help of an X-ray.

In this test, a very flexible tube, containing a camera in it, is inserted through the nose or the mouth of the person into the airways of the lung for deep examination. It tells about the capacity of lungs pointing towards the presence of restrictive lung disease.

There are many ways to treat Restrictive Lung Disease, some of them are mentioned below:

This is the prime treatment given to the person suffering from restrictive lung disease as it assists in deriving enough oxygen when lungs are unable to expand fully. In this therapy, extra oxygen is provided to the patient through the nose with the help of a mask. Oxygen need differs from person to person; some need more oxygen at night while others need it all the time. Although this way is safe, it can cause some side effects in rare cases like headache, tiredness, skin irritation, and nose/throat dryness. 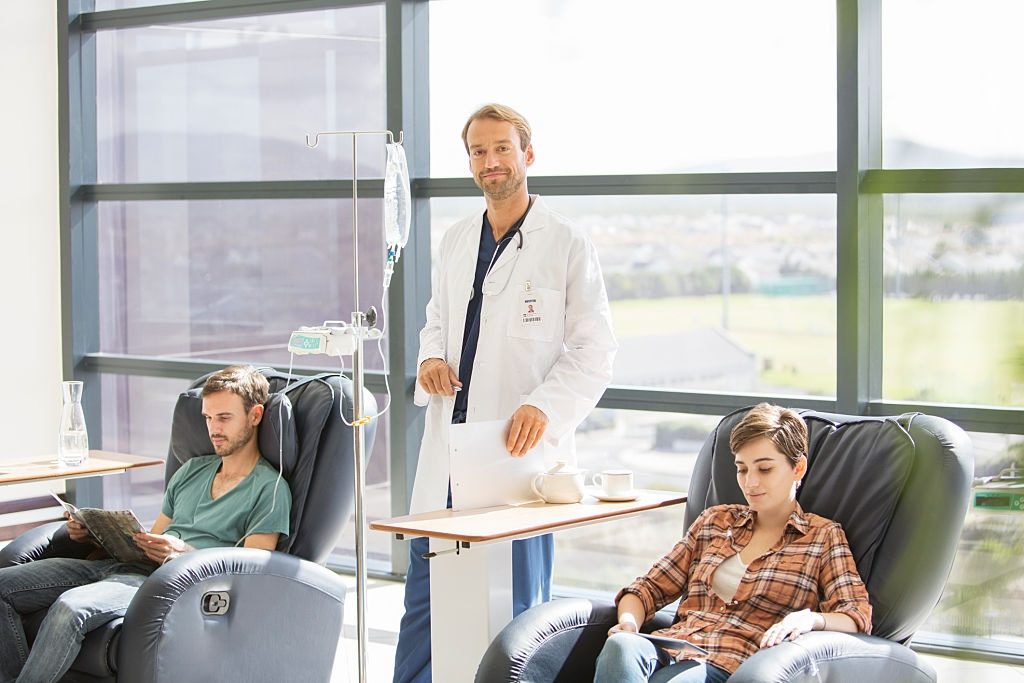 This helps in the reduction of inflammation caused by the disease known as pulmonary fibrosis. In this way, it helps in the treatment of disease. Along with its benefits, it also possesses a range of side effects such as nausea, weak immune system, and hair loss.

In this therapy, a device called ventilator is used to provide oxygen to lungs. To support breathing, a tube is inserted in the throat which supplies require an amount of oxygen to the patient. This treatment is required when a person reaches the advanced stage. And in extreme cases, oxygen is delivered directly to the blood through an alternative called extracorporeal membrane oxygenation (ECMO).

A person who has not improved through other methods, a lung transplant can be a solution to him or her. In this, the doctor removes the diseased lung with a healthy one, and to undergo this process the person has to be healthy enough. Although it improves the health of the person, it can also lead to life-threatening complications like organ rejection.

This therapy may offer a chance of long life to such a person who is suffering from restrictive lung disease. In this, the doctor injects stem cells into the lungs of the patient which further grows into lung cells with time. But before going through this, the patient has to undergo clinical trials.

The length and dose of this therapy are dependent upon the severity of lung disease. It helps suppress the immune system, reduction of inflammation, slowing the course of pulmonary fibrosis and sarcoidosis. However, its side effects include dizziness, gaining weight, mood variations, and shortness of breath. 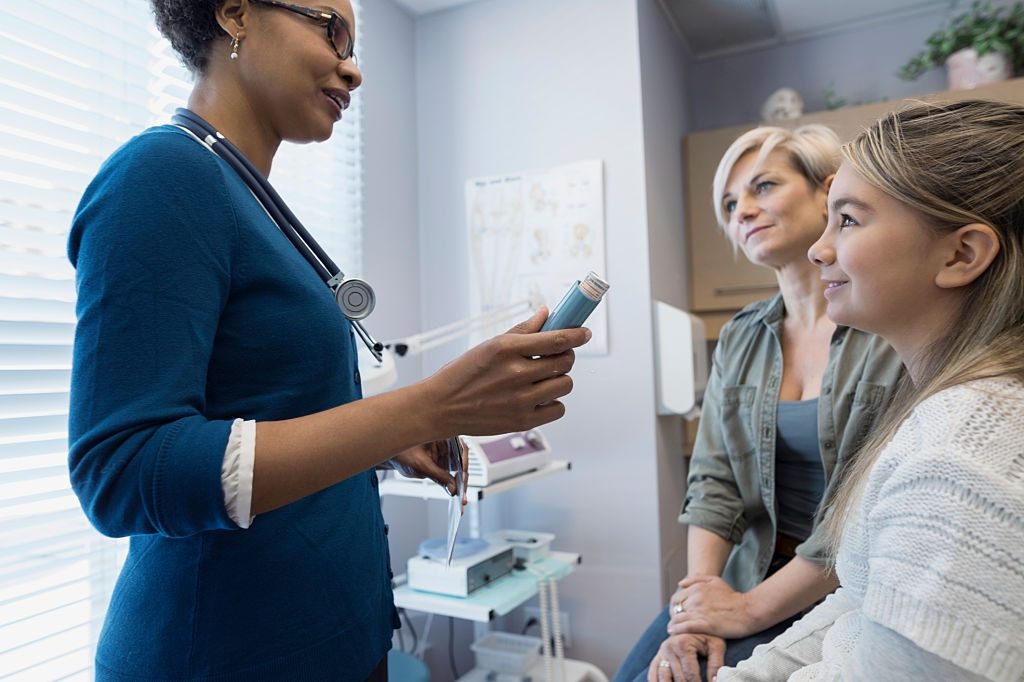 These are handheld devices that deliver the required amount of medications directly into bronchial tubes and provide instant relaxation. These are also effective in fighting inflammation.  Some examples include flunisolide, budesonide, and ciclesonide.

Restrictive lung diseases which arise from autoimmune connective tissue disorders can be cured using immunosuppressants. They block the action of the body’s immune system which is attacking healthy cells. These can also be consumed before undergoing lung transplant as it prevents the body from rejecting new lung. People can consume these medications in the form of capsules. Some examples include cyclosporine, daclizumab, basiliximab, and azathioprine.

These come in pills or liquid. It assists in clearing airways of mucus. These are consumed by those people who work in factories or mines and are at greater risk of buildup of mucus or phlegm in their airways. Some examples include potassium iodide, carbocysteine, and guaifenesin.

By adopting some changes in lifestyle and by doing some at-home exercises, one can reduce the severity of this disease and can improve the quality of life.

Prevention is Better Than Cure

Overall, most of the restrictive lung diseases are chronic demanding a lifelong treatment. It puts a different impact on different people. It is divided into stages termed as mild, moderate, severe, early and advanced. Most of these are progressive in nature meaning they will worsen over time. Total Lung Capacity (TLC) and Forced Vital Capacity (FVC) are two important measurements that are used to diagnose and categorize restrictive lung diseases. Therefore, the person should start taking treatment as soon as the problem is diagnosed.

How Often to Change the Toothbrush?