Sometimes when you wake up in the morning and suddenly there is a small bump in your mouth that looks like an ulcer but a little bigger and appears to be filled with water-like fluid and painless. That is Mucocele. Mucocele refers to a fluid filled swelling/ cyst in your mouth that is harmless and non-malignant. 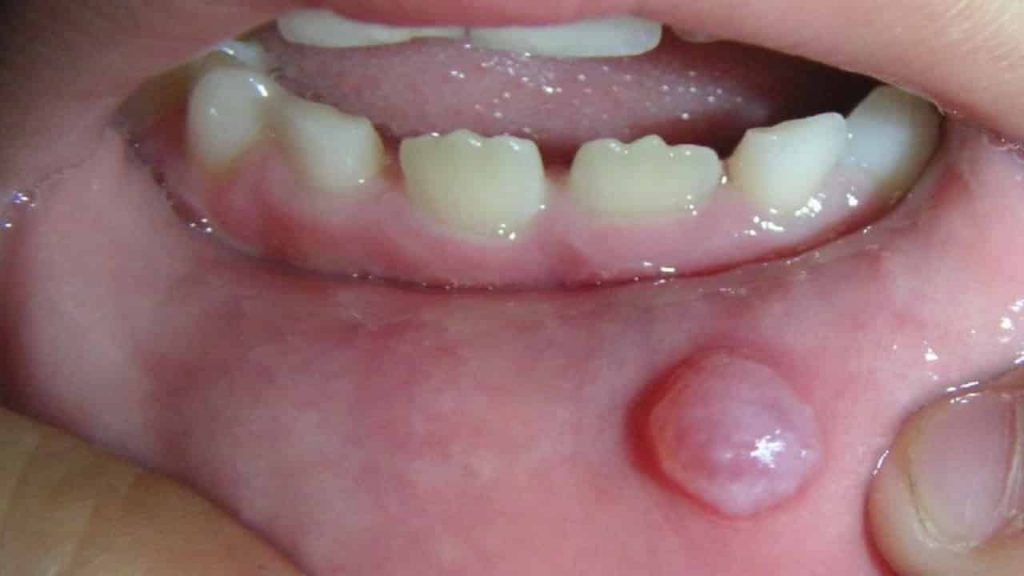 How does a Mucocele form?

Do you know how our mouth stays moist with Saliva? Yes, that saliva is secreted by a set of “Saliva Factories” medically known as “Salivary Glands”. These glands secrete a protein named Mucin and which upon mixing with water forms a slimy substance known a Mucus. Now, during a regular functioning, this mucus flows into the mouth and does its job. But sometimes, due to certain disruptions or small trauma to these salivary glands, this mucus leaks at the trauma site into the surrounding area or tissue. Since there is a layer of tissue above, this accumulation keeps happening and forms a bump within a few days. This entire process is medically known as “Extravasation”. There are a few instances where even blockage in the pipes or “Ducts” of these glands causes the buildup of mucus causing a Mucocele. This phenomenon is known as “Retention”. Both these, Extravasation and Retention, cause the formation of Mucocele.

Where can you usually see a Mucocele and how does it appear?

While a Mucocele can occur anywhere inside your mouth, there are certain areas where it can occur normally. These areas can be: 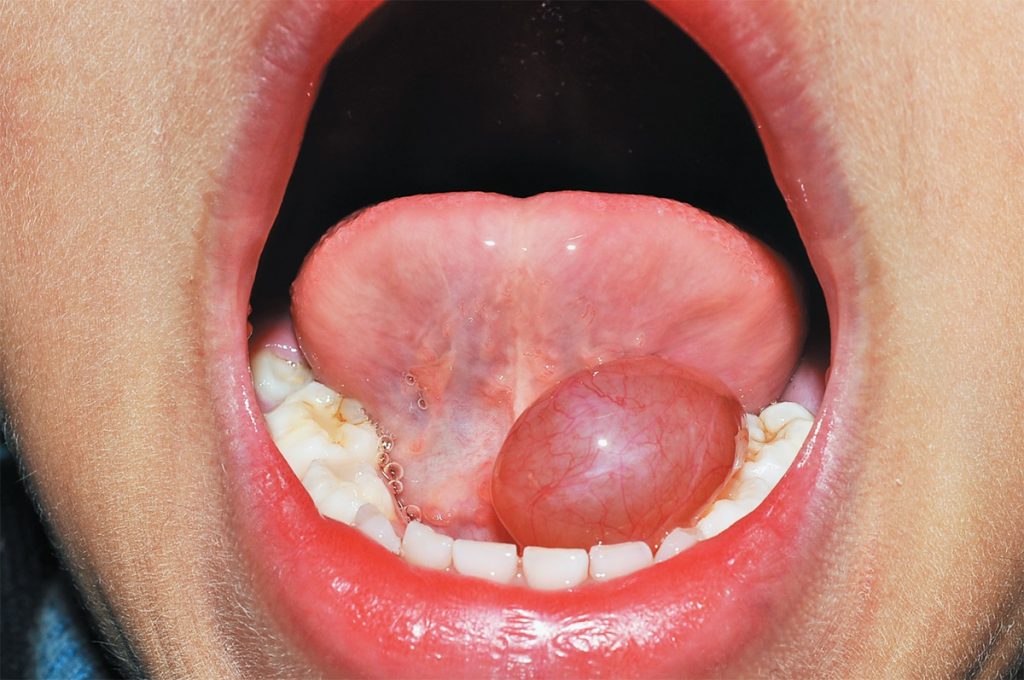 As for the appearance and characteristics, it appears like a bump that is round in shape and looks like a dome. Mucocele is soft to touch and painless. It can be clear to bluish to pinkish in color ranging from a diameter of 2-10 mm.

What causes a Mucocele?

Like mentioned it occurs due to trauma to the salivary glands. Now, what causes these traumas, let us have a look. A few of the causes are as below: 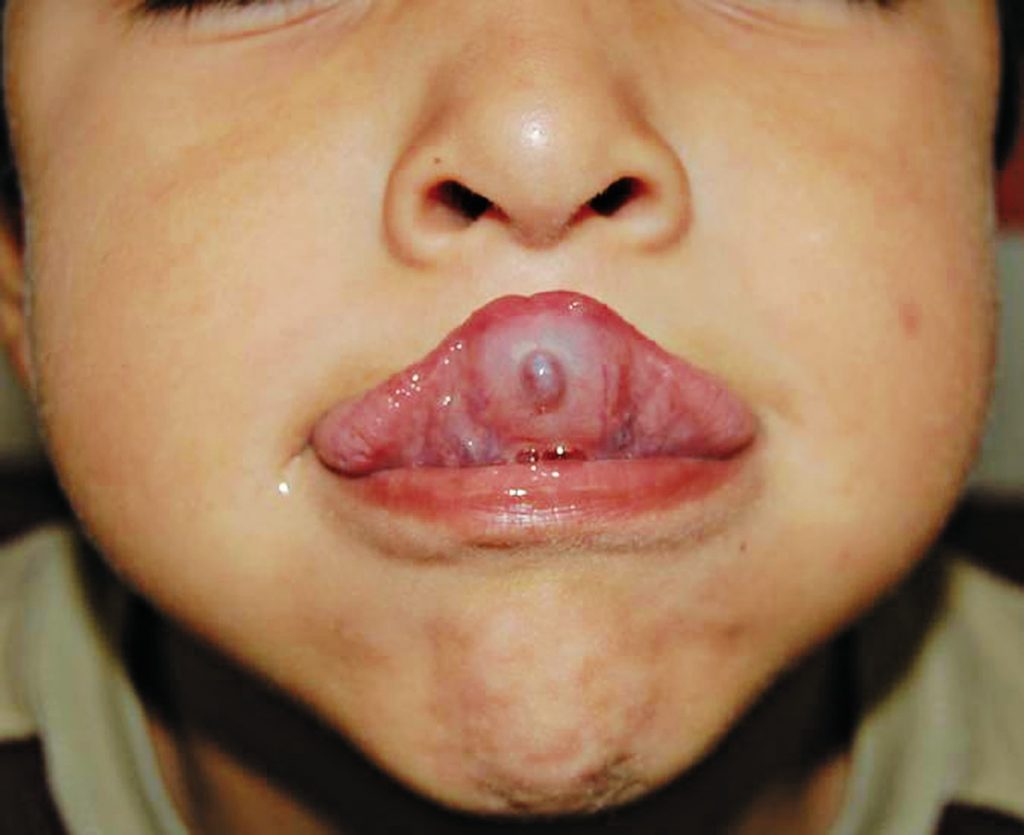 How to Diagnose a Mucocele?

Firstly, in some cases, if you know what Mucocele is, you can easily identify one. However, it is always advisable to go to your dentist as soon as you encounter something unusual in your mouth. The dentist is the right person to diagnose the Mucocele. An expert eye can identify it during the examination of the mouth.

If closer information is needed, Biopsy samples can be taken and sent to the laboratory or an Ultrasound can be performed based on your doctor’s recommendation.

What are the complications associated with Mucocele?

While the smaller Mucoceles may not cause much discomfort since they are usually painless, the large Mucoceles cause serious hindrances in many day to day functions. Large mucoceles present in the mouth may cause discomfort with speech, chewing, and swallowing. It has more discomfort than harm. A person might feel conscious and low on confidence due to this. 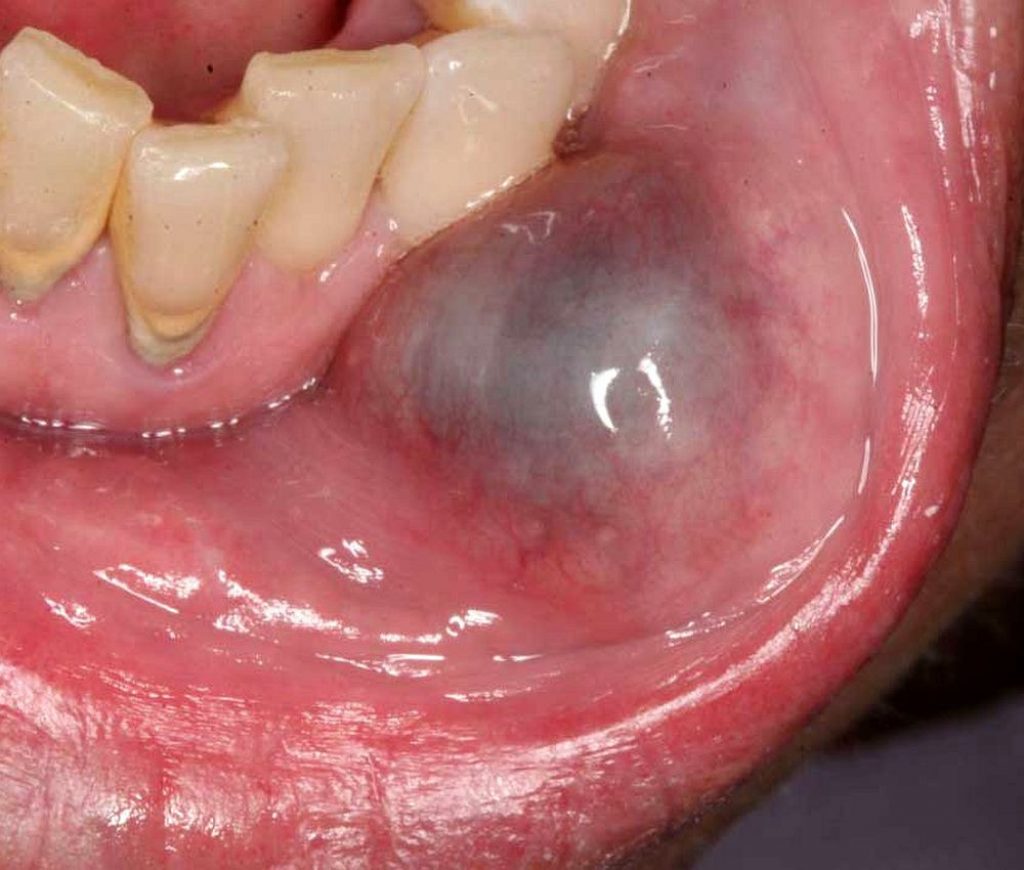 What is the treatment approach for Mucocele?

Mucocele that is small does not require any specific treatment. They tend to resolve on their own in sometimes without any treatment. But some Mucoceles enlarge in size and cause discomfort.

The small Mucoceles can be resolved with simple and home treatments. One such remedy is Saline gargles or rinses. These rinses help drain the excess fluid when done on a regular basis for a few days. It lowers the risk of infection and helps to remove the blockage of the Salivary gland too.

Now let us discuss what goes into the surgical part of the treatment of Mucocele. The only way opted surgically is to remove the Mucocele and the minor salivary glands. There are various methods to do this procedure. They are as below:

By far you must have understood that Mucocele is not harmful, they just cause discomfort because of their size and the place that they occur. But another thing here to note is that Mucoceles do re-occur. So proper care must be taken. All the habits like Lip biting, Cheek biting, smoking should be duly avoided. In case of other noticeable orthodontic issues, a visit to a Dentist’s clinic should be done.

What is Oral Fibroma? Its Causes, Symptoms, Treatment, and Prevention?