Have you ever noticed any blood while brushing your teeth? Is it occasional or frequent? Do you feel any irritation in your gums? Do you feel any swelling in gums? Think patiently about these questions and if the answer is yes, then you might be suffering from bleeding gums and you definitely need to read this article to know more.

What is Bleeding Gum

Actually, more then a disease we can say that bleeding gum is a symptom which can indicate many underlying conditions. So, what can be these conditions, there are many conditions which are related to the bleeding of the gums. Let’s discuss

There are various causes which are related to the bleeding of the gums.

‘Gingiva’ means ‘gums‘ and ‘itis‘ refers to the ‘inflammation or swelling‘. Gingivitis in simple words refers to the swelling of the gums. This occurs due to the increased deposition of food debris (plaque) over the surface of the tooth. This food debris contains bacterias which cause damage to the gum tissue which causes swelling of the gums, due to this swelling gum becomes more vulnerable to bleeding. Bleeding gums are typically one of the first signs of this mild yet common form of gum disease. And actually, it is the indicative sign for the progressive disease in relation to gums.​​​​​​​ 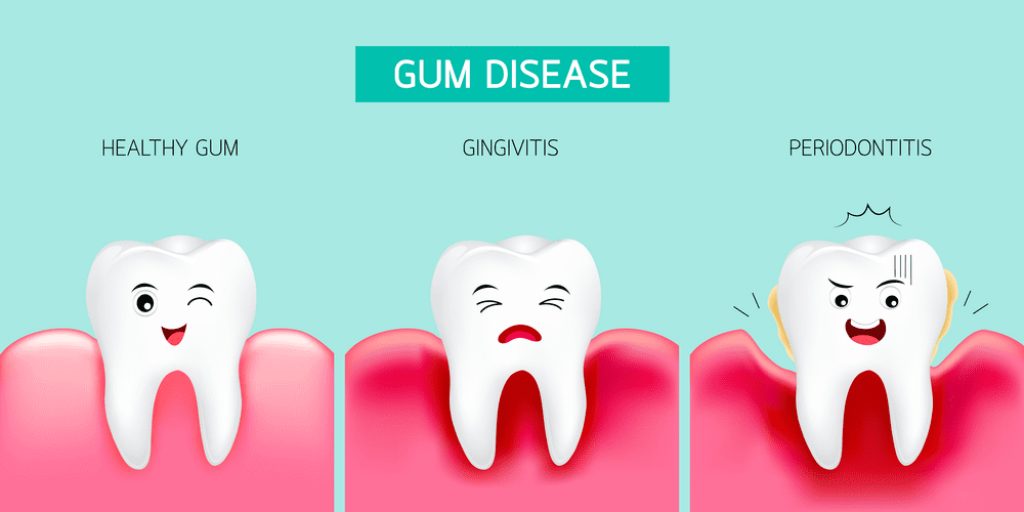 It is actually the progressive form of the gingivitis or gum disease, bleeding, in this case, can also be due to the swelling of the gums and surrounding tissues. In this the deeper tissue gets affected by the bacterial invasion and damage to the tissues which surround the tooth occurs, this can even cause the mobility of the tooth.

Due to the deficiency of vitamin C, the gum tissue can show frequent bleeding and swelling. This condition is called scurvy, it is a disease which will lead to the bleeding of gums, swelling of gums, ulceration, weakness in the person, tiredness, changes in hair and decrease in the red blood cells (anemia). But its occurrence is rare.

Thrombocytopenia or the low platelet count is another severe condition which includes bleeding gums as an indicative sign. Platelets are important for the clotting of blood or we can say stop the bleeding from the injured site, but when its number decrease below the normal range than a small scratch while brushing can cause bleeding of gums.

Any medicine (like aspirin) which is related to decrease the viscosity of your blood (blood thinning medicine) can cause the increased chances of bleeding after slightest trauma to the gingiva, as the capacity of clot formation decreases with the daily intake of these medicines, let your dentist know about these medications while visit.

Change in the Toothbrush

Sometimes if the person has changed the toothbrush type like soft to medium or hard, it can cause the increased trauma over the gums and can cause slight bleeding while brushing, but this type of bleeding is not vigorous and just a tinge of blood can be seen occasionally.

During pregnancy the hormone levels change, this causes increased sensitivity to the bacterial deposition or plaque formation causing swelling in relation to the gums, and due to the swelling, the bleeding can also occur.

Leukemia is cancer in relation to the blood cells, it affects WBCs ie, white blood cells. These cells are responsible for maintaining the immunity and protect the body from any bacterial invasion. Due to this cancer, the blood cells are not properly developed and due to faulty blood cells the protective mechanism and healing mechanism of the body do not work properly and it causes increased bleeding of gums.

Sometimes due to the need of the treatment, it can be after any scaling or might be surgical procedure like extraction or any other procedure in which your dentist might invade your gum tissue resulting in bleeding, this is generally of short duration and your dentist take care of it, but if the bleeding increases after the treatment or is for more then the expected duration, then you must inform your dentist immediately.

Habits such as chewing tobacco and smoking cause very harmful effect over the gums and they may cause mobility in teeth, which can result in loss of teeth.

So these were some of the causes in relation to the bleeding gums, each topic has a vast range of information to be shared, if you want to know more about any specific cause then please tell us in the comment section below, 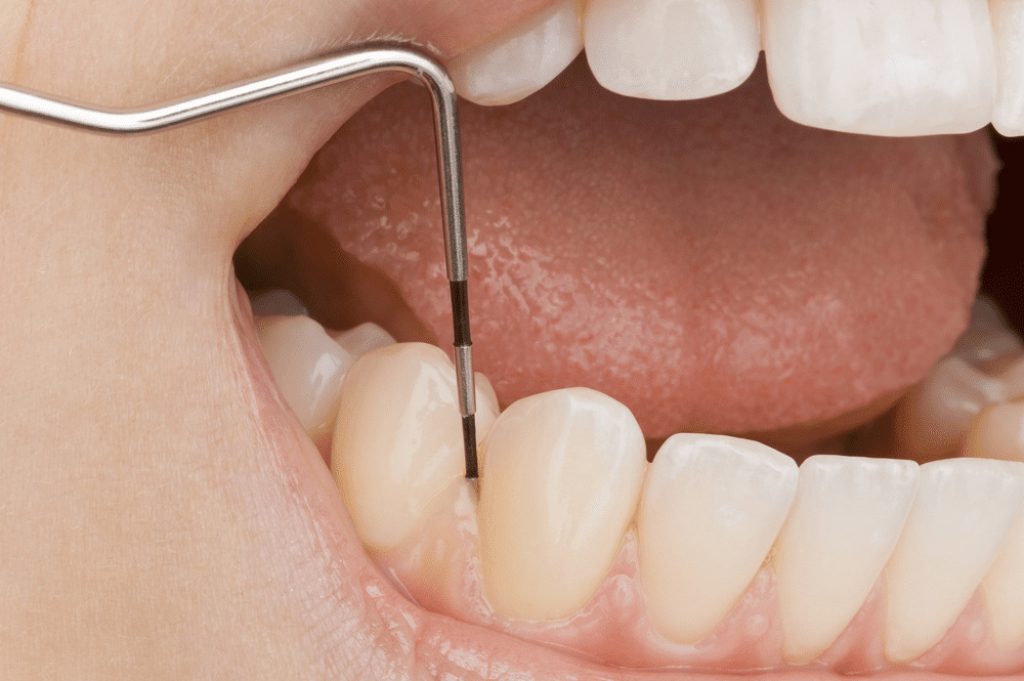 Dentists will examine your gums with the help of the probe. It will give an idea about the extent of the plaque or food debris over the tooth surface and also it helps to examine, whether the bleeding is due to swelling around the gums or any ulcers are present.

If the oral examination shows any sign which can be indicative of any underlying disease, then your dentist might recommend you to have a blood test to clarify the cause behind the bleeding.

How much bleeding is normal

Now, most of you might be thinking that how can we judge that it is normal bleeding and when to take it as an alarming sign. If the bleeding from gums is occasional and you notice just a tinge of blood and that also during some brushing or flossing, then it can be due to excessive pressure while brushing or may be due to some harsh food which has caused temporary damage to the gums. But, if the bleeding is frequent and you notice a large amount of blood while brushing or flossing or may be eating certain fruits like apple or anything which are harsh on gums, then it could be an alarming sign for the person. And the person must go for the dental checkup. 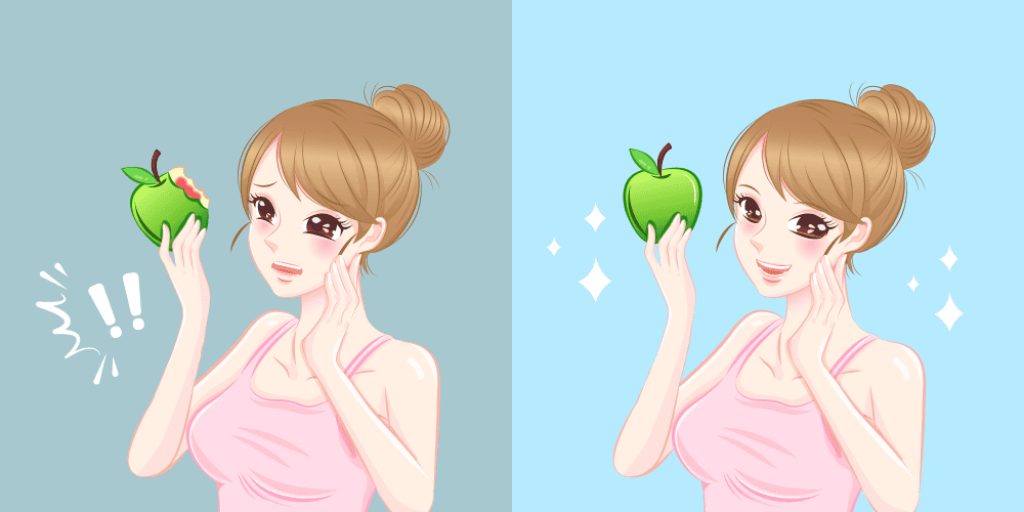 Also if you notice anything like swelling, sensitivity of gums, bad breath, the mobility of teeth, irritation over gums, then also you must visit your dentist and have a dental checkup.

How to Stop Bleeding from Gums (Home Remedies)

If you notice any bleeding from your gums, then you must be aware of how to provide immediate care to it, also how to stop bleeding. There are various of things which you can do at home for your bleeding gums, but all of these are the temporary relieving stuff, ultimately you must go to your dentist for the permanent solution and be more clear about the underlying cause of the problem.

Rinse your mouth with warm salty water. It will relieve the swelling and also relieve any pain or irritation in gums temporarily. But be aware that if the person is hypertensive then they must not swallow the salty water and amount of salt must be very less, otherwise it can cause irritation.

You can use the damp gauze piece and press it against the gums area where the bleeding is present. Press slightly and hold the gauze for 5 minutes, the pressure applied over the bleeding sight help to stop bleeding easily.

Rinse with coconut oil once a week prevents and help to relieve the swelling and bleeding of gums. As the coconut has natural healing properties, it will heal the bleeding surface and also have an antibacterial function.

This is also very helpful to decrease the swelling and pain in relation to tooth or gums, you just have to mix the coconut oil and clove oil and rub this over the gums and massage towards the tooth slowly, it helps to relieve swelling and also take gums back to its normal position.

Take turmeric mustard oil and salt and mix them and massage it over the gums, it will relieve swelling, stop bleeding and also is antibacterial. Or else you can mix turmeric powder in warm water and have rinse twice daily to relieve swelling and pain.

If the bleeding of gums is due to the faulty brushing technique or the usage of hard bristled brush, then the dentist might recommend better toothbrush and teach you the proper steps of brushing, this will help to improve the oral hygiene and also prevent bleeding gums.

If your dentist sees signs of gingivitis, then he will suggest you for scaling and root planning, it is the procedure in which the food debris accumulation over the tooth surface ie, the plaque is removed, and the tooth surface and even the root surface to some extent can be cleaned. it will help to heal the gum tissue and if you maintain proper oral hygeine then the bleeding will not occur again.

If your bleeding gums are due to deep gum disease such as periodontitis or excessive recession ie, the moving away of gum tissue, then your dentist might suggest more invasive procedures such as flap surgery, which will clean the teeth and surrounding structures such as bone and gum tissue deeply (deep cleaning) and provide better placement of the gums .

If the cause of your bleeding gums is any of the above discussed bleeding disorders, then the treatment in relation to the specific disease is given, if needed then your dentist might recommend you to visit your general physician for an overall checkup. And to know any underlying disease, which the bleeding of gums are indicating.

It is the toothpaste which is recommended by several periodontists (dentists which specifically deals with the gums related cases). 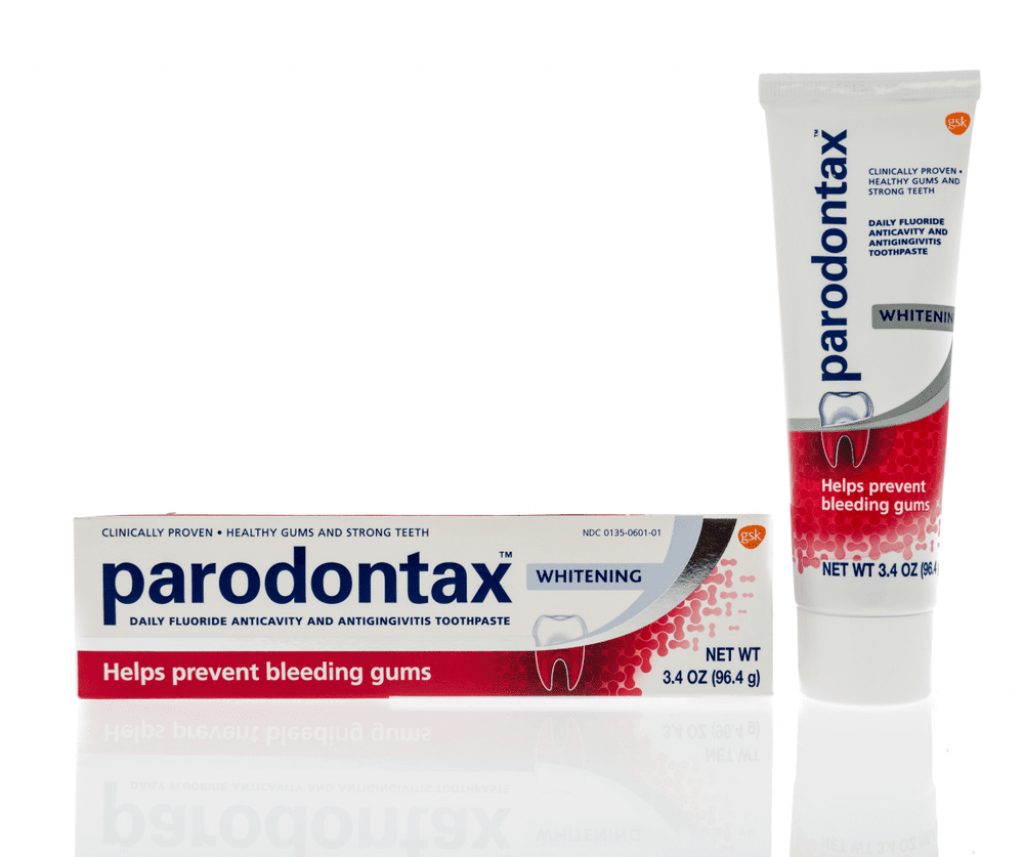 This toothpaste can be used as the preventive measure to prevent the bleeding gums. This toothpaste fights the bacterial accumulation which is the main cause of bleeding gums, this is also helpful to reduce swelling of the gums and to improve the gum seal with the teeth which will improve the strength of the teeth. All of these improve overall oral health.

This was all about the bleeding gums if you found this article helpful please share with your friends. And if you have any questions regarding anything or any experience to share, then you can comment in the comment section below.

What is Mesothelioma, its Symptoms, Diagnosis and Treatment?